The office of Taoiseach (otherwise known as the Prime Minister of Ireland) came into being with the enactment of the modern Irish constitution, Bunreacht na hÉireann, in 1937.

Below is a timeline beginning with the establishment of the First Dáil in 1919 and ending with the present day, showing the Oireachtas careers of the thirteen men to have been Taoiseach to date. 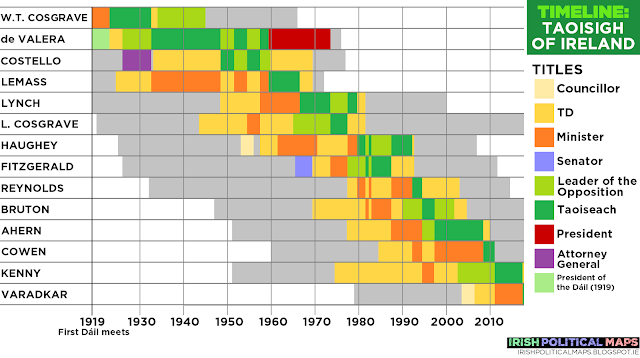