The relationship between Irish politics and the Catholic Church has been a complex and often intertwined one. The predominance of Catholicism outside of Ulster was a major factor in early unionist campaigns against Irish Home Rule, and later, independence - namely, their fear that Home Rule meant "Rome Rule". Although this fear was based more on bias than fact, several political figures after independence have shown immense deference to the wishes of the Catholic hierarchy, not least the Taoiseach John A. Costello who remarked in the midst of the Mother and Child crisis that he was "a Catholic first and an Irishman second". The closeness of Éamon de Valera to the hierarchy is well-known, Liam Cosgrave voted against his own government on a moral stance regarding contraception, and as recently as the 1980s the divorce and abortion referenda undertaken by the government of Dr. Garret FitzGerald was campaigned against arduously by Catholic groups.

By the 1990s, however, the influence of the Catholic Church in Irish society had begun to wane. Revelations of improper and in some cases abusive behaviour by members of the clergy and of religious orders had changed the way the Irish public viewed the church. On the other hand, however, this decade saw Catholic groups become more directly politically involved than they had been before. In 1991, a Christian Principles Party was established to contest the 1991 local elections. The next year, they had renamed themselves as the Christian Centrist Party and prepared to contest that year's general election on a conservative Catholic values platform, including the eye-catching phrase "Jobs for youth - not condoms". They wished to challenge the perceived erosion of Christian values in society by the main political parties, and were opposed to any moves to relax laws on the sale of contraceptives and on homosexuality. 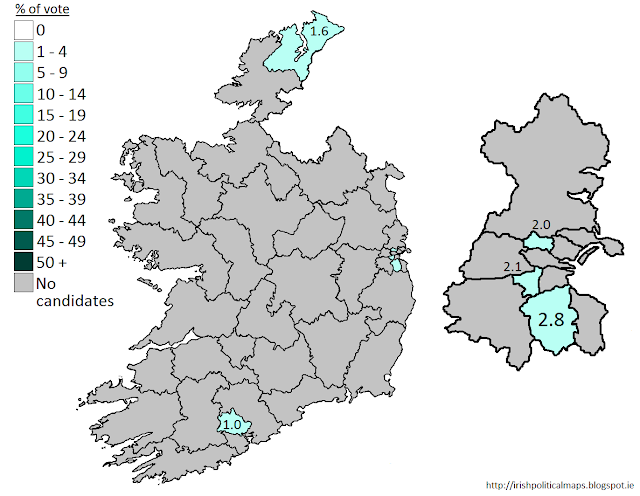 The candidates fared poorly, with only Greene nearing 3%. It appeared that the Centrist Party was a failure. The party ceased to exist shortly afterwards, and its members went in different directions. Greene established the conservative Muintir na hÉireann party, but the bulk of the Centrist supporters went on to establish a new, somewhat more durable party: the Christian Solidarity Party.
Posted by Jason Kelleher