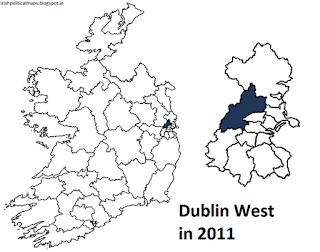 The 2011 general election had been a calamitous one for Fianna Fáil. With the economy rapidly worsening since 2008, Brian Cowen's government faced massive unpopularity, the likes of which had never been experienced by a serving Taoiseach before. By 2010, the bailout of Anglo-Irish Bank and the subsequent bailout of the state by the EU, the ECB and the IMF left Fianna Fáil's reputation in pieces. In the run-up to the general election called for February 2011, many senior and long-serving party TDs, including Cowen himself, announced their intention not to stand. Former Minister for Foreign Affairs Micheál Martin took leadership of the party, but it was far too late to prevent huge damage being inflicted by the voters on election day.

Fianna Fáil lost a total of 51 seats, with just 19 candidates winning election (20 when counting Seamus Kirk, who as Ceann Comhairle was returned automatically). The party was virtually wiped out in Dublin, with only the outgoing Finance Minister Brian Lenihan holding his seat, and even at that he was the last to be elected in that constituency. Lenihan had been suffering from pancreatic cancer since 2009, but had vowed to continue his work as Minister to repair the ailing economy. When Brian Cowen resigned the leadership of Fianna Fáil in January 2011, Lenihan put his name forward for the subsequent leadership election. He came third out of four candidates with 14 votes and was eliminated on the second count, after which Martin became leader. Lenihan was appointed by his former Cabinet colleague as Deputy Leader of the party.


Dublin West in the 2011 general election
On 10 June 2011, it was announced that Brian Lenihan had succumbed to his illness. Tributes were paid from all parties, as well as by the President Mary McAleese and the general public by way of books of condolences.

The by-election to fill the seat vacated by Lenihan's death was held in conjunction with the presidential election and two constitutional referendums on 27 October 2011. Each of the four largest parties in the Dáil - Fine Gael, Labour, Fianna Fáil and Sinn Féin - ran a candidate, as did the Socialist Party, which already had a TD in that constituency with Joe Higgins, the Green Party, Fís Nua and independents.


Dublin West by-election, 27 October 2011
Unlike in the previous Dublin West by-election, where Lenihan ran for the seat vacated by the death of his father, there were no members of the Lenihan family willing or able to run for the seat this time. The government parties were still enjoying their honeymoon period, and so were expected to do well. Labour had chosen Patrick Nulty, a councillor on Fingal County Council. The candidates chosen by Fine Gael, Fianna Fáil and the Socialist Party also each came from that council. Eithne Loftus of Fine Gael did not poll as well as hoped, and was not expected to win the seat. Ruth Coppinger of the Socialist Party was considered to have a good chance, while Fianna Fáil's David McGuinness faced a tough battle after the damage his party had endured just a few months ago. Six independent candidates ran: satirical actor Gary Bermingham, FÁS employee Benny Cooney, architect Brendan Doris, former "The Apprentice" contestant Barry Caesar Hunt, retired fireman John Kidd and famer Jim Tallon. None of these candidates broke a thousand votes.

As the campaign got underway it was clear that Nulty was the favourite to win, and this was the result produced when the votes were cast and counted. The count was held up briefly when Ruth Coppinger demanded a recount of her and David McGuinness' votes, as they were separated by just 14 votes in the fourth count. The recount saw no change and Coppinger was eliminated. Despite the still large unpopularity of Fianna Fáil, McGuinness came second to Nulty, with just 923 first preference votes between them. It seemed that despite everything, there was life left in Fianna Fáil yet.
Posted by Jason Kelleher