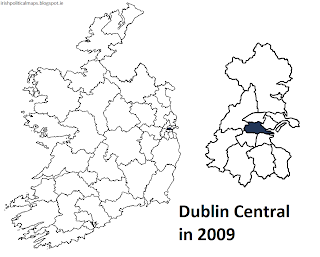 Tony Gregory was elected to Dáil Éireann in February 1982. Elected as an independent, he was a committed republican, having previously been a member of Sinn Féin, the IRSP and the Socialist Labour Party of Dr. Noel Browne. He came to national attention immediately upon election as his support, amongst others, was needed by Fianna Fáil leader Charles Haughey to secure a majority in the Dáil. This gave rise to the Gregory Deal, where Gregory's support was promised in exchange for funds and infrastructural projects for his poverty-stricken area of north inner city Dublin. Haughey became Taoiseach, but his government collapsed only a few months later, and was replaced by a Fine Gael/Labour coalition.

Throughout the 1980s, Gregory was involved in measures to improve the quality of life in his area and to combat the growing drugs problem. When the next general election was held in 1987, Charles Haughey won election in the Dáil as Taoiseach by the casting vote of the Ceann Comhairle, as Gregory had abstained. He later said that he saw Fianna Fáil as "the lesser of two evils". His actions to improve the standards of living in Dublin Central continued throughout the 1990s and 2000s, and he re-elected comfortably in the 2007 general election. By now, his constituency colleague, Fianna Fáil's Bertie Ahern, had been Taoiseach for ten years. Gregory and Ahern were known to dislike one another, their rivalry had ran all the way through 1982, when Gregory insisted that Ahern wait outside while he and Haughey negotiated the deal, through to 2009 when Gregory died after a long battle with cancer.


Dublin Central in the 2007 general election
That rivalry was felt even after Gregory's death, as the tributes given to him by members of Fianna Fáil, Fine Gael and the Labour Party were met by his supporters with reminders of how they had excluded him for much of the past three decades. His graveside oration was given by Socialist Party leader Joe Higgins.

The by-election to fill Gregory's seat was called for 5 June 2009, the date of the local and European elections and the by-election to fill the Dublin South seat vacated by the death of Seamus Brennan the previous summer. The parties each ran candidates to take the seat. Fianna Fáil put forward Maurice Ahern, the brother of the increasingly unpopular former Taoiseach, while Fine Gael ran Senator Paschal Donohue and Labour went with Senator Ivana Bacik. Sinn Féin selected Christy Burke, who had worked with Gregory in the past, and other candidates came from the Green Party, the Christian Solidarity Party, and the controversial Immigration Control Platform. Two independents put their names forward, one of whom immediately stole the show. Maureen O'Sullivan had been Gregory's election agent, and campaigned as the "Gregory candidate", instantly gaining a lot of attention and support.


Dublin Central by-election, 5 June 2009
Although the race would be somewhat narrow, it was predicted that O'Sullivan would pull through and become Gregory's successor, which she duly did after topping the poll. With only half of the quota met, however, it took eight counts before she was officially elected. Fine Gael's Donohue performed well in second place - he would later win election in 2011 - while Labour's Bacik performed reasonably well. Sinn Féin furthered their growth in Dublin with Christy Burke's fourth place finish, but it was the fifth place finish of Fianna Fáil that drew the most comment.
While the party was luckier in Dublin South, the voters of Dublin Central had turned against the party formerly led by one of its own TDs. Maurice Ahern, whose brother was suffering from an increasingly diminished reputation, won just 12.3% of the vote. It seemed to be a harbinger for worse times to come for the party, and may have partially influenced the decision of the government when it delayed the next by-election until late in 2010, despite the fact that the vacancy requiring it opened up on the day of this election as Donegal South West TD Pat "the Cope" Gallagher was elected to the European Parliament. The decline of Fianna Fáil in Dublin would be illustrated perfectly in 2011, when the party won no seats in its former power base of Dublin Central or the surrounding constituencies. Donohue was elected, as was Sinn Féin's Mary Lou McDonald, and Maureen O'Sullivan held the seat she had won in 2009.
Posted by Jason Kelleher