The 1980s were a decade of political turmoil for the Republic of Ireland. Three general elections from June 1981 until November 1982 saw Fine Gael and Labour enter government, only to be quickly replaced by Fianna Fáil who then in turn were quickly replaced by the coalition parties. Once the electoral dust had settled, Dr. Garret FitzGerald's government had to tackle a severe economic recession, as well as continuing efforts to create a peaceful solution to the Troubles in Northern Ireland. On the latter front, he was eventually successful, the Anglo-Irish Agreement of 1985 paved the way for later agreements which did bring the Troubles to an end. Dr. FitzGerald had less luck with the economy however, with necessarily harsh budgets proving unpopular with the electorate.

In 1984, the second European Parliament elections loomed, and already they were being viewed as "mid-term" reports on the government of the day. With the tough situation the government found itself in, and the populist stance taken by Fianna Fáil in Opposition, this was a chance for Charles Haughey to make considerable gains in Europe, which he duly did. 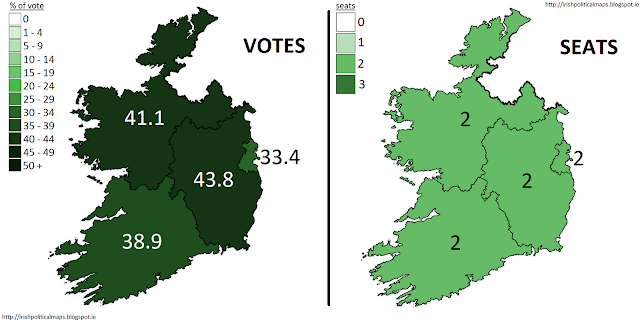 Fianna Fáil made huge gains in this election, winning two seats in each constituency. The party's success was such that Independent Fianna Fáil MEP Neil Blaney lost his seat in Connacht-Ulster to them. Seán Flanagan was joined in that constituency by Ray McSharry. New faces were elected in Dublin - Eileen Lemass, daughter-in-law of the late Taoiseach, and Niall Andrews, uncle of the future broadcaster Ryan Tubridy. New faces were also elected in Munster, with Sylvester Barrett and Gene Fitzgerald representing Fianna Fáil in that area, while in Leinster, Patrick Lalor was joined by Jim Fitzsimmons.
Fine Gael 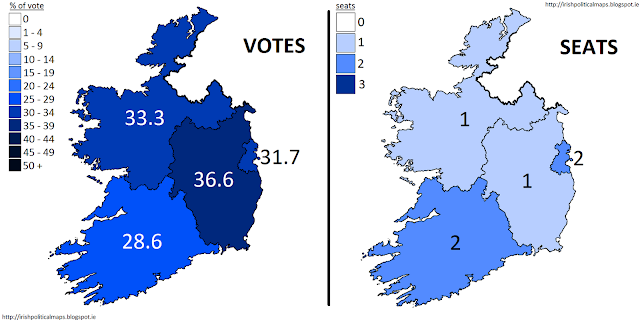 Despite the potential for Fine Gael to lose seats in this election, the main government party actually gained two seats, albeit at the expense of its coalition partner. As well as retaining each of their outgoing MEPs, Fine Gael could now add Mary Banotti in Dublin and Tom Raftery in Munster to its European contingent. The overall vote received by the party was only 7 points behind Fianna Fáil, indicating that the swell of support gained by the party in the early 1980s had not let it yet.
Independents 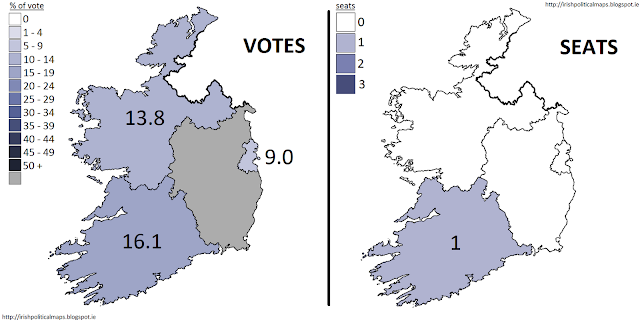 Independents did  not fare very well in this election. Once more, there were no independent candidates in Leinster, while Independent Fianna Fáil MEP Neil Blaney lost his seat to actual Fianna Fáil. In Dublin, Seán Loftus and future Senator and TD Shane Ross failed to secure very many votes, and it was in Munster that the only independent MEP was elected. T.J. Maher retained his seat, though his share of the vote was slightly reduced.
Labour Party 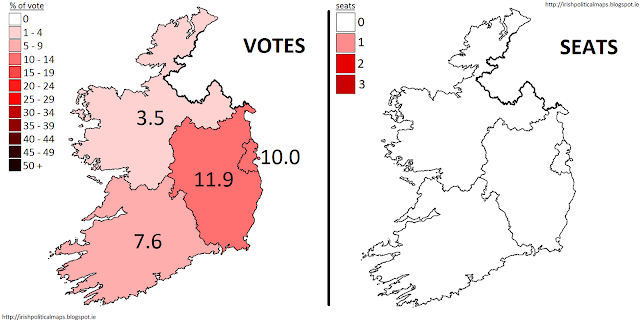 Fine Gael's gains should not be taken as an indication that the government was enjoying a majority of popular support. As was soon to become the norm for Irish politics, in this instance it was the junior coalition party which bore the brunt of public dissastisfaction. Labour lost all four of their outgoing seats, and their vote decreased across all four constituencies. Blame for the loss is also apportioned to the fact that three of the outgoing MEPs had become ministers in the new government, while the fourth had been made Ceann Comhairle. Labour would have to work hard to regain those lost seats in the future.
Sinn Féin 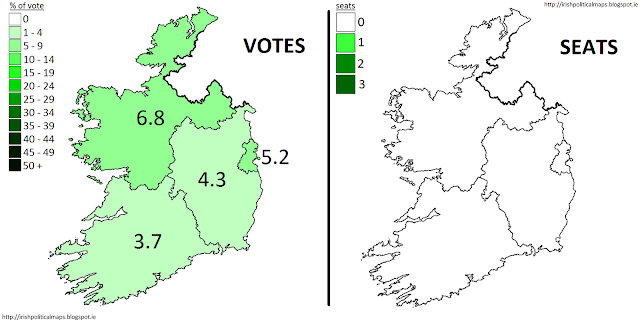 Sinn Féin entered European politics on both parts of the island this year. Their fortunes south of the border were limited, failing to break 10% of the vote in each of the constituencies. Some of their candidates would later become well-known faces, such as Caoimhghín Ó Caoláin in Connacht-Ulster.
Workers' Party 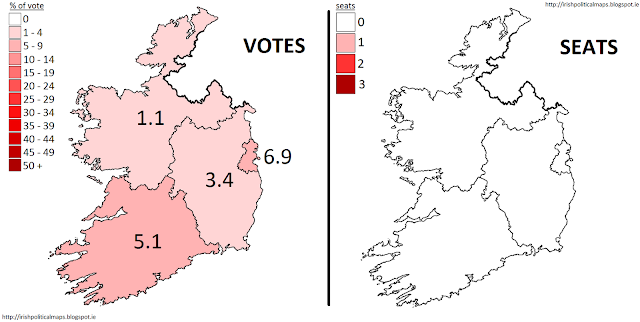 Once again, the Workers' Party failed to win any European seats. Their vote shares did increase, however, in Dublin and in Munster. The latter saw Joe Sherlock run as he did in 1979. Sherlock would later be elected to Dáil Éireann for the Workers' Party, before joining the breakaway Democratic Left party, which eventually merged with Labour. His son Seán Sherlock is currently a Minister of State at the Department of Education and Skills.
Other Parties

Dublin saw two new parties contest this election, although neither of them came close to winning a seat. The Ecology Party of Ireland, later to be renamed the Green Party, ran schoolteacher Christopher Fettes, who came last overall in that constituency. The Democratic Socialist Party, which ran John de Courcy Ireland, came second last, securing barely a thousand more votes than Fettes. Both parties received 1.9% of the vote.