In 1979, the member states of the European Economic Community prepared to elect their representatives to the European Parliament for the first time. Prior to this, representatives were appointed by the member states' governments. The governments of Jack Lynch and Liam Cosgrave had followed this procedure, appointing people from each of the three main Irish parties during this time. Now, those parties and others prepared to contest a new form of election, one which quickly came to be regarded as a "midterm report" on the government of the day.

In this instance, the ruling Fianna Fáil party emerged on top with 5 seats, although both Fine Gael and Labour tied at second with 4. A further two seats were won by the Donegal Independent Fianna Fáil TD Neil Blaney and by independent candidate T.J. Maher. The Workers' Party contested the elections but won no seats. 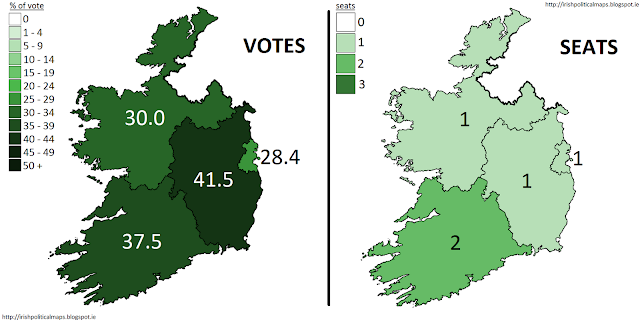 Fianna Fáil enjoyed success in each constituency, although their gains were limited in Connacht-Ulster by Neil Blaney and in Leinster and Dublin by a popular Fine Gael and Labour. In Connacht-Ulster, former minister Seán Flanagan won the Fianna Fáil seat, while in Dublin their presence was assured by the young TD Síle de Valera, granddaughter of Éamon. Former minister Patrick Lalor succeeded in Leinster, while Munster returned two Fianna Fáil MEPs - Jerry Cronin, another former minister, and Noel Davern, a backbench TD who would later become a minister.
Fine Gael 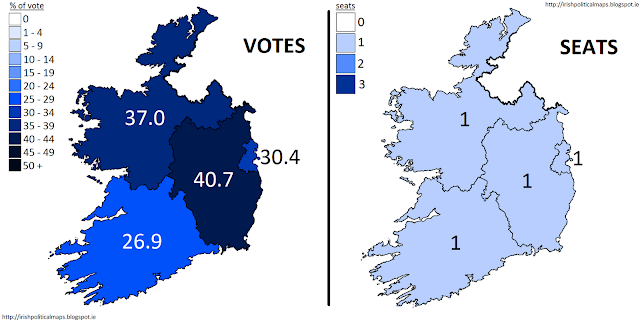 The election was seen as a test for the new leader of Fine Gael, Dr. Garret FitzGerald, and his extensive programme of revitalising the Fine Gael party. In this he was quite successful, as the party enjoyed a large vote share in each constituency (though dropping below 30% in Munster) and returning an MEP in every constituency, bringing Fine Gael just one seat short of its main rival. The Fine Gael MEPs included former ministers Richie Ryan, Mark Clinton and Tom O'Donnell, as well as former Senator Joe McCartin.
Labour Party 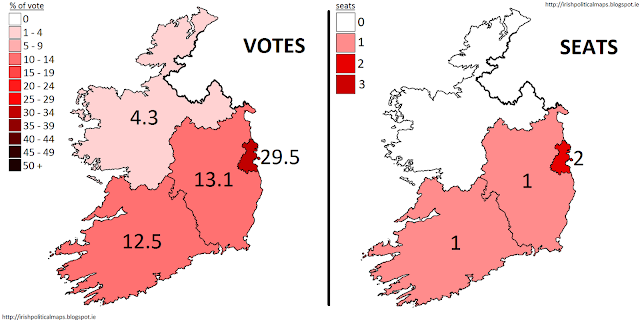 Though not even reaching half of Fine Gael's vote shares, Labour nonetheless won as many seats as them on transfers. As expected, the party was unsuccessful in Connacht-Ulster, the area of which was never a particularly strong supporter of Labour. Its candidate in that constituency, Michael D. Higgins, would try again in the next election. The party won one seat each in Munster and Leinster with future ministers Eileen Desmond and Liam Kavanagh, while their biggest success was in taking 2 of the Dublin seats: long serving TD  John O'Connell and future Labour leader Michael O'Leary won those seats.
Independents 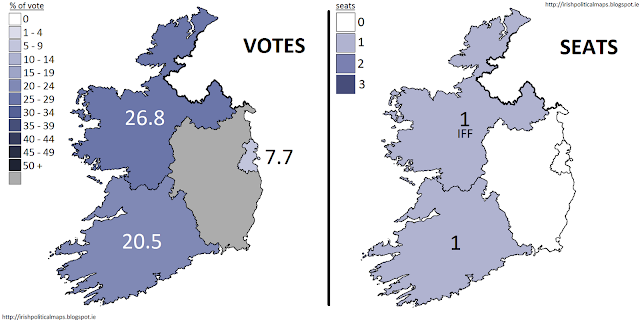 Former Fianna Fáil TD Neil Blaney, who had left that party as a result of the Arms Trial in 1970-1 and subsequently ran as "Independent Fianna Fáil", contested and won a seat in Connacht-Ulster. A seat in Munster was won by T. J. Maher, a member of Macra na Feirme.
Sinn Féin: The Workers' Party 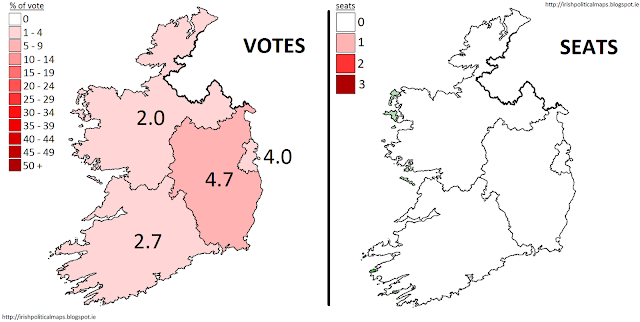 Sinn Féin: The Workers' Party emerged from a 1970 split in the wider Sinn Féin movement. The new Workers' Party abandoned the old aims of securing a united Ireland through force and adopted a Marxist aim of eliminating class differences in society. They ran candidates in each constituency, and in Northern Ireland, but they failed to win election on this occasion.