The changes occurred in north Leinster and in west Munster. Meath was split in to two 3-seat constituencies, Meath East and Meath West, the latter of which took some territory from a newly reconstituted Longford-Westmeath. The boundaries of Kerry North, Cork North Central and Cork South Central were extended, as was that of Kildare North, which now took up the entire northern section of the county. Limerick's east-west division was altered slightly. With Longford separated from it, Roscommon took southern Leitrim  to become, while the northern half of that county remained with Sligo.

In Dublin, the West constituency more than doubled in size, although it was a three-seater. Minor adjustments were made to other boundaries in Dublin, but the biggest change was the reduction in the number of seats allocated to the northern constituencies. Each lost one seat, while the Dublin South constituencies retained their fourth seats. 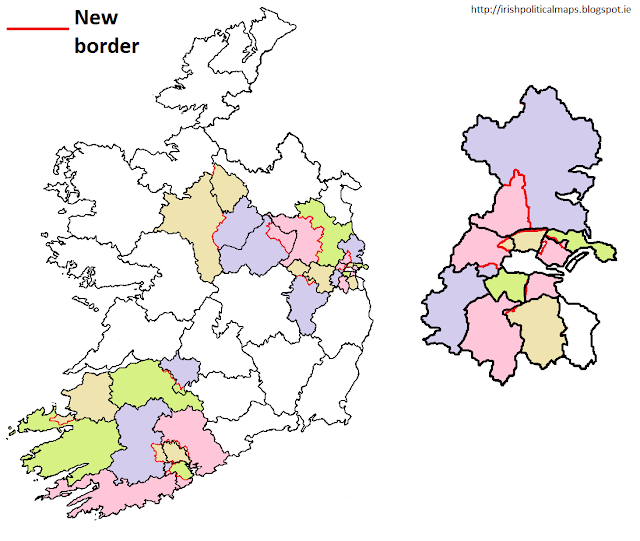