As the count quickly showed, Mr. Gallagher lost the lead he had built up in opinion polls prior to Monday night's Frontline debate. Regardless of this, he still performed very strongly, topping the poll in seven constituencies. He finished in a strong second place, with 28.5% of the national vote share. 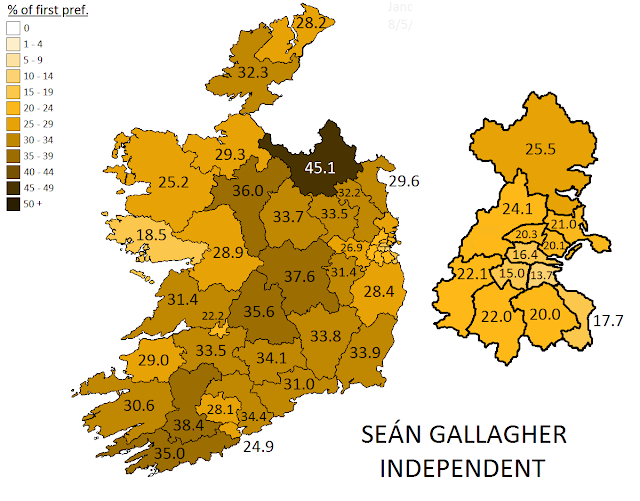