Two hours after counting started, it quickly became apparent that Michael D. Higgins would win the presidential election. His first preference shares illustrate this quite clearly, with remarkably strong showings in all constituencies, eclipsing Mary Robinson's performance in 1990, which had until now been the Labour Party's best electoral performance in the history of the state.

Higgins polled particularly well in his native Galway and in the Labour-dominated Dublin and Kildare constituencies, as well as Cork South Central. His best result was in Galway West, which he had represented as a TD for nearly 30 years until his retirement from parliamentary politics this year. He received 57.6% of the vote in that constituency. His lowest result was in Cavan-Monaghan, the home constituency of his chief rival, Seán Gallagher. He received 19.8% of the vote there. 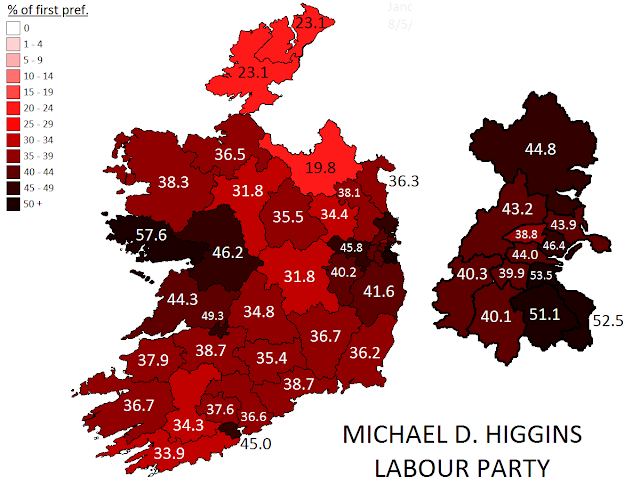