After a campaign where he was forced to brush aside accusations that he was not his party's ideal choice and did not have the full support of his party leader Taoiseach Enda Kenny, Gay Mitchell continued to state his belief that opinion polls had been proven wrong before and that anything could change before election day. Unfortunately for Mr. Mitchell and Fine Gael, the election has seen their worst ever national electoral performance. For 21 years, Austin Currie held the record for giving Fine Gael it's worst presidential election result with 17% of the national share. At the time of writing, Mr. Mitchell's national share is 6.4%.

Despite their huge gains in the 2011 general election and new position as the dominant party of the state, as well as constant opinion polls showing Fine Gael as the most popular party, its hopes for presidential victory at long last were dashed. What this result means for Fine Gael remains to be seen, but it has already led commentators to remark that it is the big "loser" of the election, in contrast to the stellar performance of its junior coalition partner. 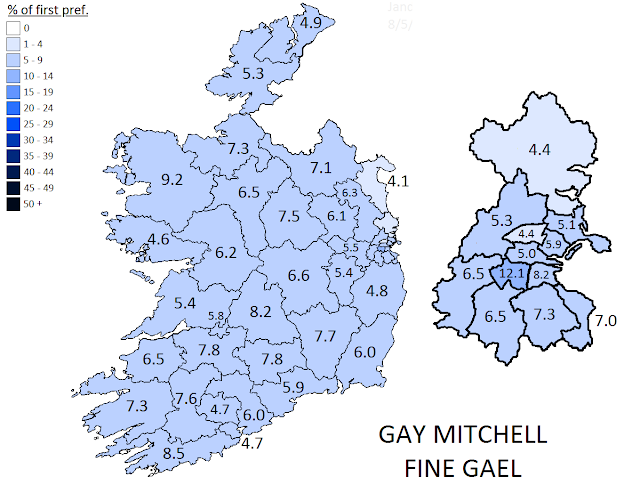