Since re-entering the presidential race in September, David Norris was unable to recapture the strong support he had before the controversy surrounding his letters of clemency for his former lover temporarily scuppered his plans to seek a nomination. Despite this, Mr. Norris managed to rebuild a good amount of support in the weeks before election day, the previous controversy had somewhat tainted his candidature.

Regardless, he had a good showing in the election, earning roughly 10-12% in all Dublin constituencies. Interestingly, his strongest showing seem confined almost strictly to Leinster, with similar showings in urban areas of Cork, Limerick and Waterford. His performance in rural areas was poor, which contributes to his national total of just 6.2%, though at the time of writing his final place in the election has yet to be decided.

His best result was 12.9% in Dublin Central, while his lowest was 2.1% in Donegal North East, where Martin McGuinness topped the poll. 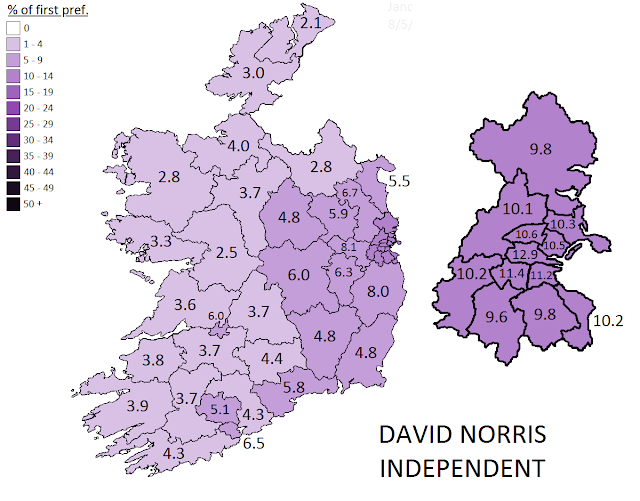