After a campaign which saw a late surprise entry to the race, revelations about citizenship, revelations about potential revelations and controversy over damage to her car tyre, Dana Rosemary Scallon performed particularly poorly, especially compared to her performance in the 1997 presidential election where she received 14% of the vote. Fourteen years later, she received a negligable 2.9%.

As with the 1997 election, her strongest performance was in Donegal, where she received between 5-7% in the two constituencies. Unlike 1997, her vote did not expand much beyond that, with her strongest result outside of Donegal being a 4.4% share in Roscommon-South Leitrim. 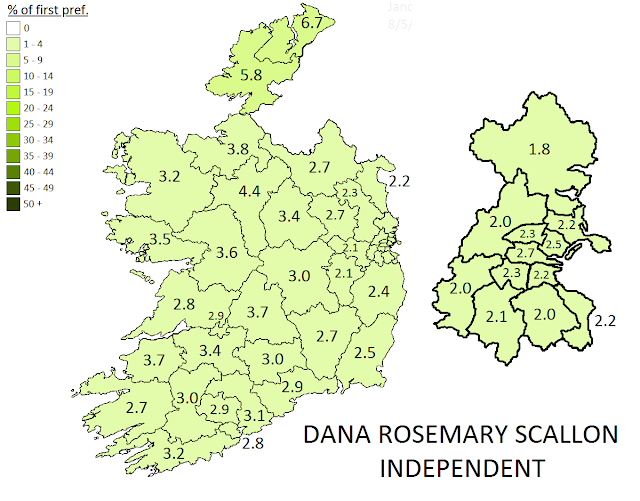