This reorganisation also saw the reduction in seat sizes of many constituencies.The size of the Dáil had been reduced from 153 seats to 138 (a reduction of 15) and this was reflected by the now familiar constituency sizes of 3 to 5 seats - though some, such as Limerick and Dublin South, still boasted 7.

The 1937-48 boundaries superimposed in red over the previous boundaries. 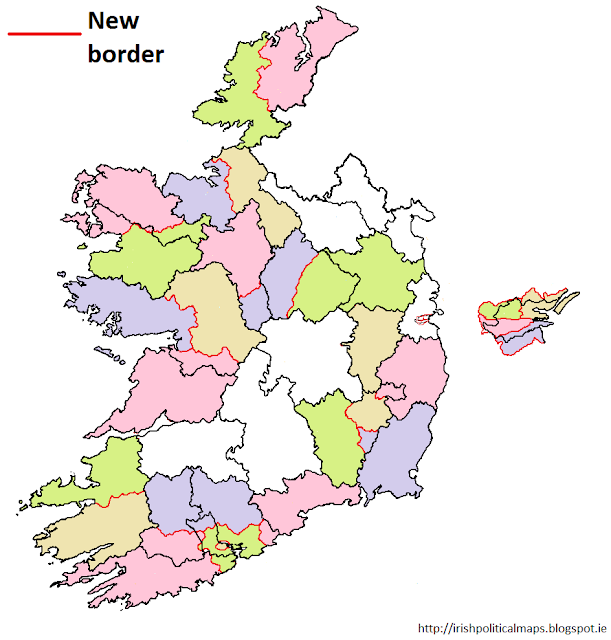