Confirmed candidates for the 2016 General Election

TDs who are retiring at the next General Election
The next general election will take place on 26 February 2016. For months, Ireland's political parties have been selecting their candidates in the new constituencies that have come into effect for the election.

These maps only show confirmed candidates, i.e. candidates which have officially been selected by their party conventions or independent candidates who have declared that they are running. No presumed candidates will be mapped until their candidacy is official.

These maps were made with the help of Adrian Kavanagh's Irish Elections site, which keeps track of who is officially running where.

Parties are listed in the order in which they came in the 2011 general election. 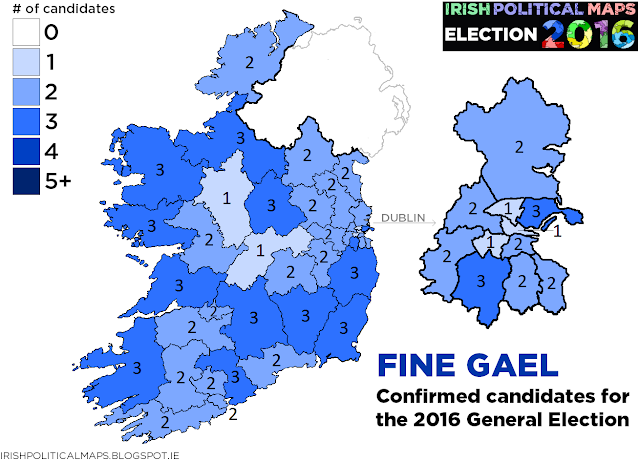 As the largest party currently in the Dáil, Fine Gael have  nominated many sitting TDs to run again, but there are plenty of new faces as well. 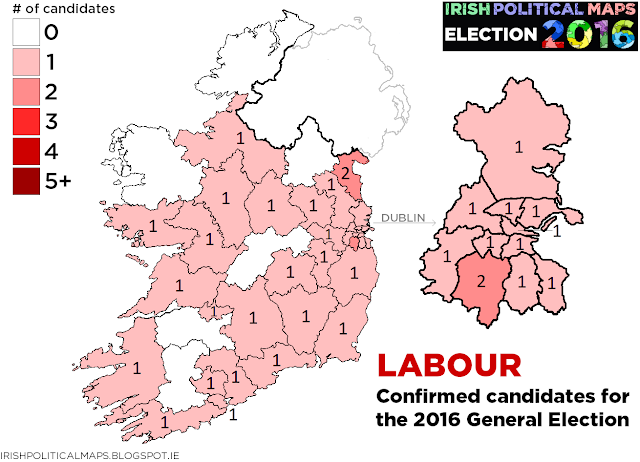 Labour have so far nominated many sitting TDs to run again, including Tánaiste Joan Burton in a smaller Dublin West. With big party names like Eamon Gilmore, Pat Rabbitte and Ruari Quinn retiring, it will be interesting to see who Labour runs in their place. 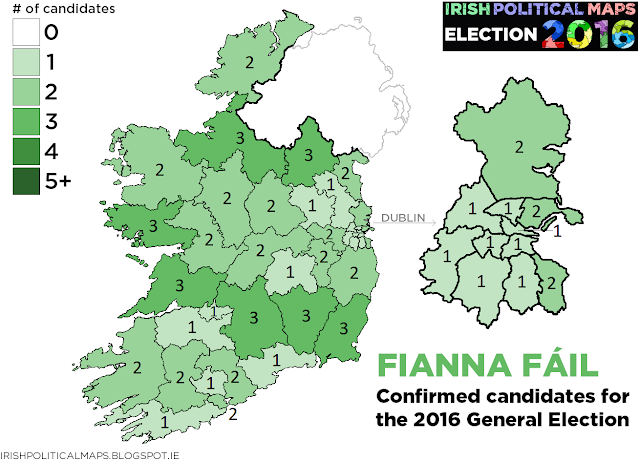 After its extremely poor showing in the 2011 general election, Fianna Fáil is hoping to regain many of the seats it lost, especially in Dublin where it has had no Dáil representation since the death of Brian Lenihan four years ago. 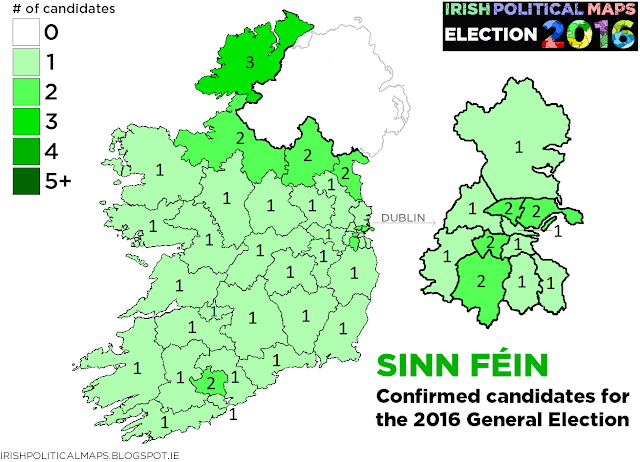 Sinn Féin have fielded the most candidates so far, and are looking to capitalise upon their popularity, becoming regarded as an effective party in Opposition and consistently doing well in opinion polls. For much of 2015, Sinn Féin have been only a few points behind Fine Gael. The party is nominating one candidate per constituency, except for Dublin, Cork and border constituencies where support is strongest. 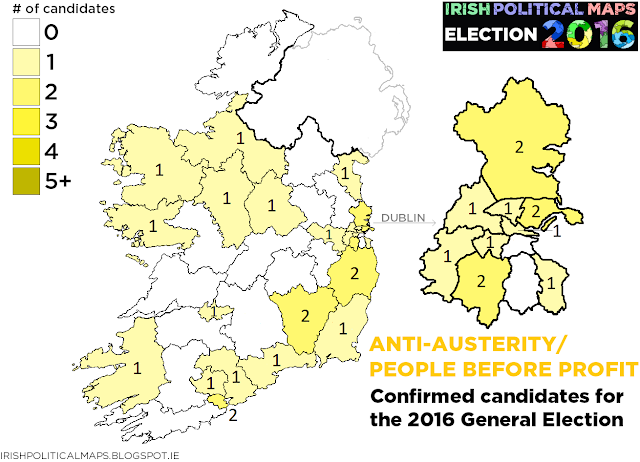 The Anti-Austerity Alliance and the People Before Profit Alliance announced an electoral merger in September 2015, and are fielding their candidates together. 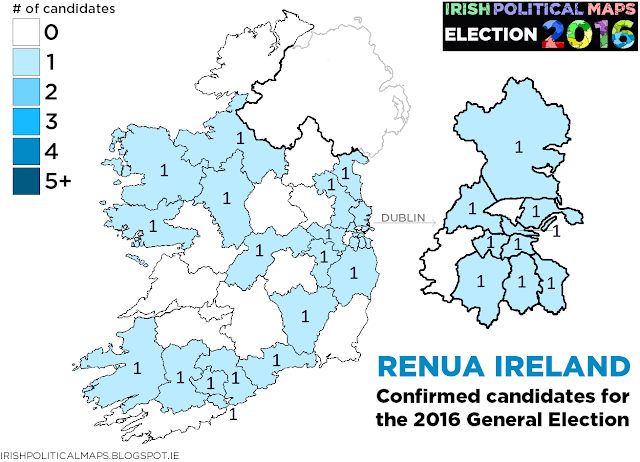 Renua have nominated candidates throughout the country, through an open application process which has resulted in candidates of varied backgrounds coming forward. 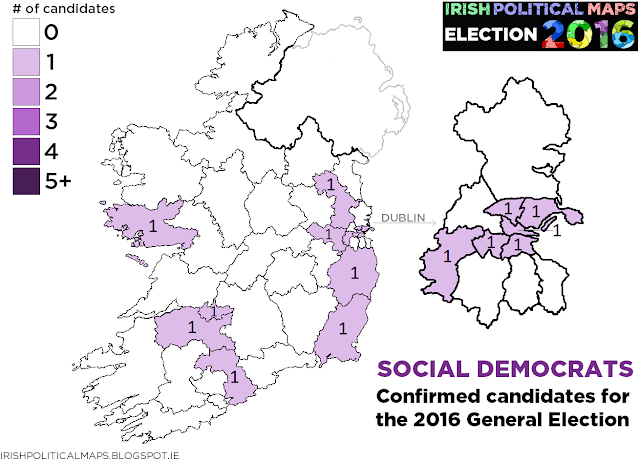 The Social Democrats were launched on 15 July 2015. The three founding members - Stephen Donnelly, Catherine Murphy and Róisín Shortall - launched the party with campaign promises for the upcoming election. It has yet to be seen how many candidates the party will run. 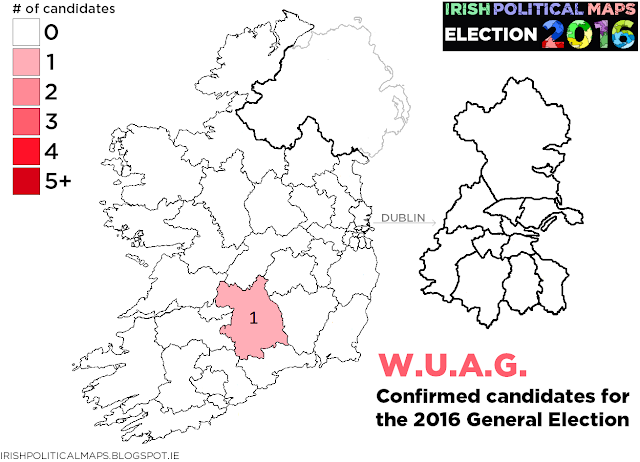 Séamus Healy of WUAG announced his intention to run again. Formerly of Tipperary South, he will now be running in the new unified Tipperary constituency. 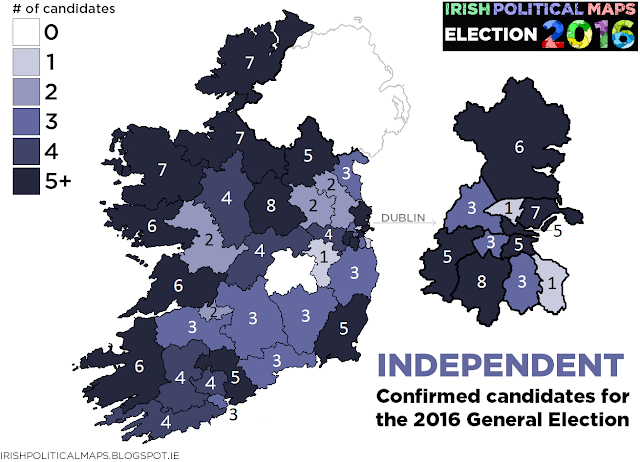 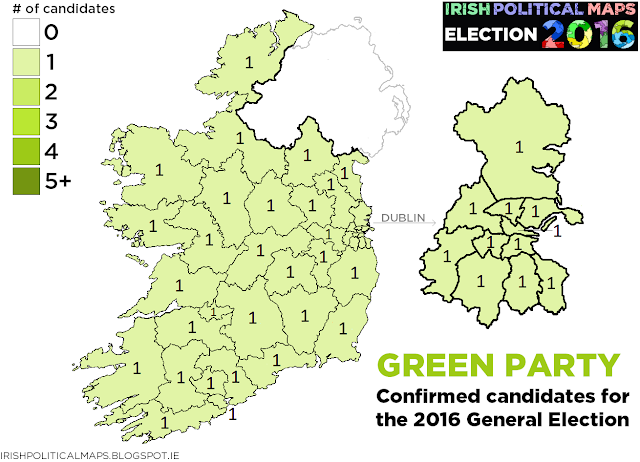 After being wiped out in 2011, the Green Party will be looking to regain a foothold in the Dáil. The party is running several of its former TDs, including party leader Eamon Ryan, as well as new faces. 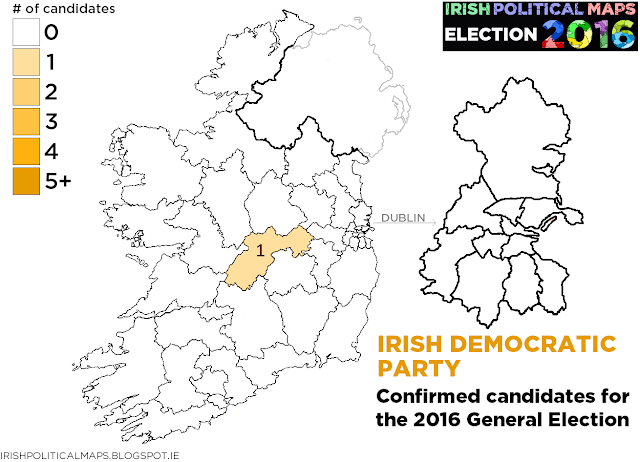 The Irish Democratic Party was founded in October 2013, promoting the idea of "participatory democracy", including allowing the electorate to recall representatives they are dissatisfied with. 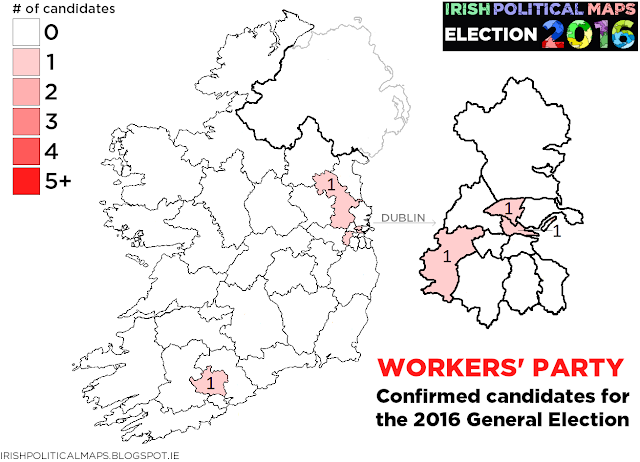 The Workers' Party has not enjoyed any success in general elections since the Democratic Left split in the 1990s, nor has it been a huge beneficiary of the rise in support for left-wing parties in recent years. Nonetheless, it has so far fielded five candidates and is expected to put more forward. 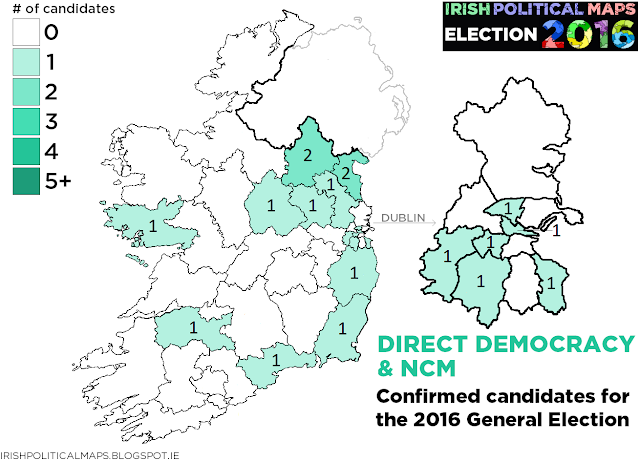 Direct Democracy Ireland has so far nominated candidates in Dublin, Galway and the north east. 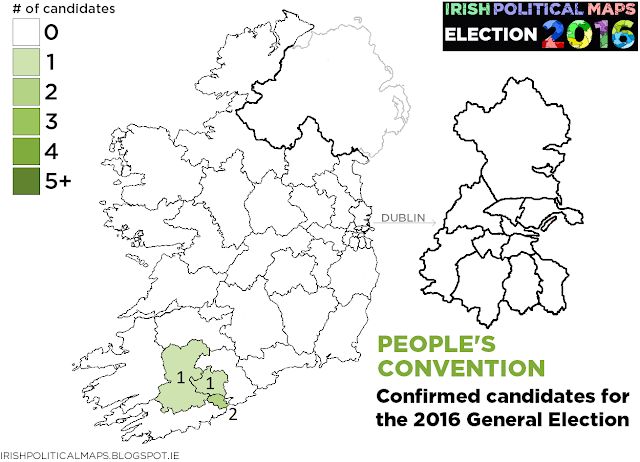 The Cork-based People's Convention has so far named four candidates in the county. It remains to be seen if the party will nominate candidates elsewhere. 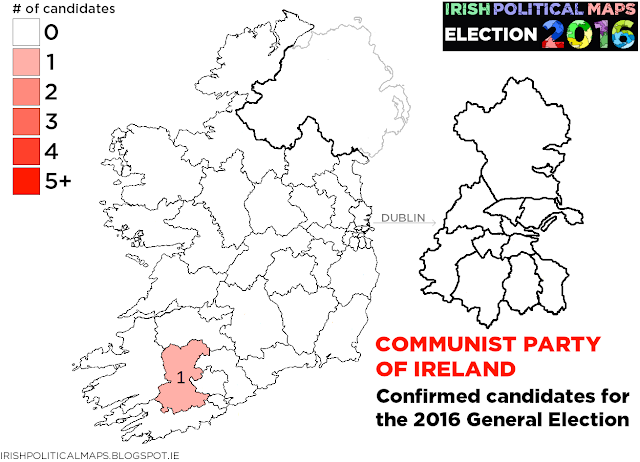 The Communist Party have so far run one candidate, Michael O'Donnell, in Cork North West. 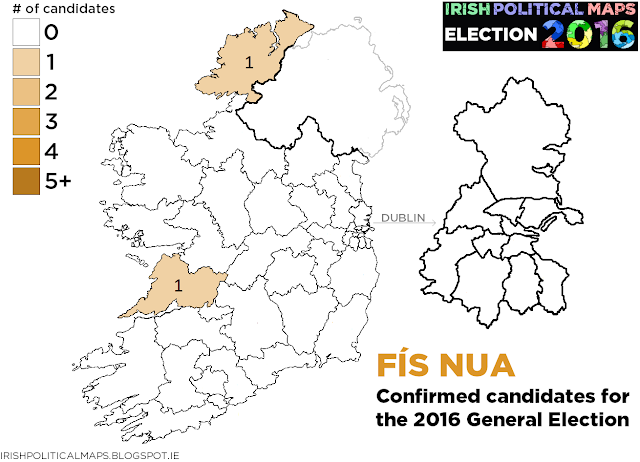 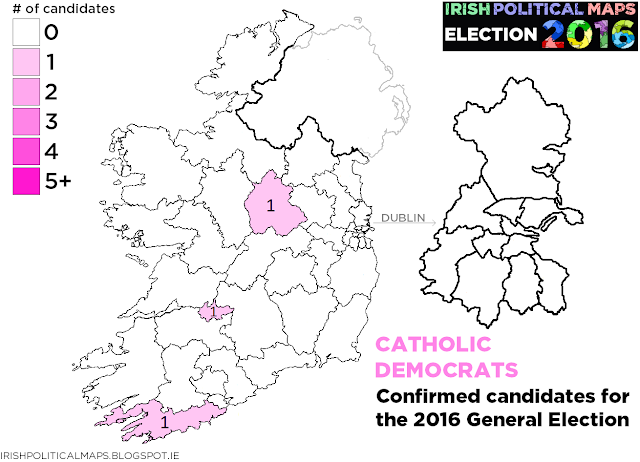