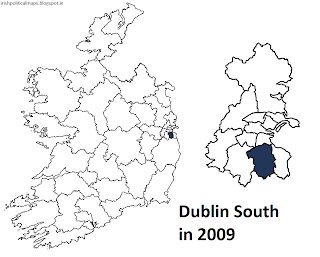 Seamus Brennan was first elected to the new Dublin South constituency in the 1981 general election. For much of that decade, as a backbencher, he was identified as being one of several TDs opposed to the leadership of Charles Haughey. He supported challenges by George Colley and later by Desmond O'Malley, but despite his open stance, Haughey awarded him a junior ministerial role in 1987, followed up two years later by an appointment as Minister for Tourism and Transport. He was retained by Albert Reynolds when he succeeded Haughey in 1992 and became Minister for Education.

When Fianna Fáil returned to government in 1997 after three years out of office, Brennan became Fianna Fáil Chief Whip and Minister of State at the Department of An Taoiseach. He returned to the Cabinet as Minister for Transport in 2002, followed by the Social and Familar Affairs portfolio in the 2004 reshuffle. Topping the poll in 2007, he was instrumental in the Fianna Fáil/Green Party coalition negotiations, but after serving as Minister for Arts, Sports and Tourism for a year he returned to the backbenches as he was now battling cancer. His subsequent battle lasted for just two months until his death in July 2008.


Dublin South in the 2007 general election
The government, now led by Brian Cowen, decided in April 2009 to hold the by-election to fill Brennan's seat, as well as another by-election for Dublin Central, in conjunction with that year's local and European elections. Although there is no legal requirement about the timing of by-elections, they are traditionally held within six months of the seat becoming vacant. The ten months between Brennan's death and the by-election sparked some talk of fear on the government's part of losing the seat to the opposition.
That fear looked set to become a reality when Fine Gael announced that its candidate would be George Lee, the former RTÉ Economics Editor. Lee had resigned from the broadcaster in order to seek Fine Gael's nomination. His high profile, popularity, and acknowledged intelligence concerning economic affairs resulted in a lot of support going his way almost immediately. By contrast, the other candidates were left out in the cold.
Fianna Fáil ran Shay Brennan, the son of the late TD, but the growing unpopularity of Cowen's government in the face of the economic recession meant that even despite the Irish habit of electing the children of deceased TDs, Brennan was far from being the sure winner. The Labour Party selected Senator Alex White, while the Green Party ran Elizabeth Davidson and Sinn Féin ran Shaun Tracey. Three independents ran: Ross O'Mullane, Frank O'Gorman and Noel O'Gara were each seen as minor candidates.
Dublin South by-election, 5 June 2009
As expected, George Lee easily secured election with an unprecedented 53.4% of the total vote. Fine Gael claimed the victory as a sign that the electorate were rejecting the policies of Fianna Fáil in favour of the opposition. Indeed Fianna Fáil were already being harmed by the unpopularity of the government, but Lee's status as a celebrity candidate skewed the results more than would have been the case if a typical politician had been selected. This is not to say that if Fine Gael had ran anyone else, Shay Brennan would have won his father's seat, as he came behind the Labour Party. Alex White had won just over a thousand votes more than Brennan.
The signs were already there for Fianna Fáil that the electorate was beginning to turn against them. Further evidence of this was to be found in the result of the by-election which took place in Dublin Central on the same day. Lee's election was regarded as a considerable triumph for Fine Gael, albeit one that was short-lived. Lee resigned from the Dáil and from the party in early 2010, frustrated that he did not have the opportunity to contribute as much as he had hoped. In the general election which took place a year later, Fine Gael did nevertheless re-take Lee's seat with Peter Matthews, while Alex White took Eamon Ryan's Green Party seat and independent Shane Ross replaced Tom Kitt, the last remaining Fianna Fáil TD in Dublin South.
Posted by Jason Kelleher